Despite the fact that the term “conspiracy theory” has been weaponized by the establishment as a perjorative slur against anyone who questions the official narrative of any government pronouncement, there are innumerable examples throughout history of conspiracies that were proven to be true.

The notion that governments and intelligence agencies carry out acts of false flag terrorism has long been derided by the establishment media as a conspiracy theory, despite there being a plethora of historically documented instances.

After decades of denial, in August 2013 the CIA finally admitted its role in staging the coup in Iran which led to the overthrow of Mohammad Mossadegh in 1953 under the umbrella of Operation AJAX.

Under AJAX, the CIA oversaw covert operations which included acts of false flag terror which claimed the lives of some 300 people.

On August 4, 1964, President Lyndon Johnson went on national television and told the nation that North Vietnam had attacked U.S. ships.

“Repeated acts of violence against the armed forces of the United States must be met not only with alert defense, but with a positive reply. That reply is being given as I speak tonight,” Johnson declared.

Congress soon passed the Gulf of Tonkin Resolution, which provided Johnson with pre-approved authority to conduct military operations against North Vietnam. By 1969, over 500,000 troops were fighting in Southeast Asia.

Johnson and his Secretary of Defense, Robert McNamara, had bamboozled Congress and the American people. In fact, North Vietnam had not attacked the USS Maddox, as the Pentagon claimed, and the “unequivocal proof” of an “unprovoked” second attack against the U.S. warship was a ruse.

Following the Second World War, the CIA and Britain’s MI6 collaborated through NATO on Operation Gladio, an effort to create a “stay behind army” to fight communism in the event of a Soviet invasion of Western Europe.

Gladio’s “Strategy of Tension”  was designed to portray leftist political groups in Europe as terrorists and frighten the populace into voting for authoritarian governments. In order to carry out this goal, Gladio operatives conducted a number of deadly terrorist attacks that were blamed on leftists and Marxists.

In August of 1980, Gladio operatives bombed a train station in Bologna, killing 85 people. Initially blamed on the Red Brigades, it was later discovered that fascist elements within the Italian secret police and Licio Gelli, the head of the P2 Masonic Lodge, were responsible for the terror attack. Other fascist groups, including Avanguardia Nazionale and Ordine Nuovo, were mobilized and engaged in terror.

Operation Gladio ultimately claimed the lives of hundreds of people across Europe.

According to Vincenzo Vinciguerra, a Gladio terrorist serving a life-sentence for murdering policemen, the reason for Gladio was simple. It was designed to force these people, the Italian public, to turn to the state to ask for greater security. This is the political logic that lies behind all the massacres and the bombings which remain unpunished, because the state cannot convict itself or declare itself responsible for what happened. 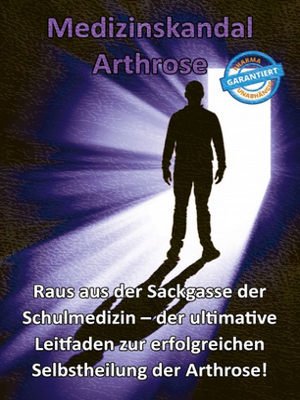